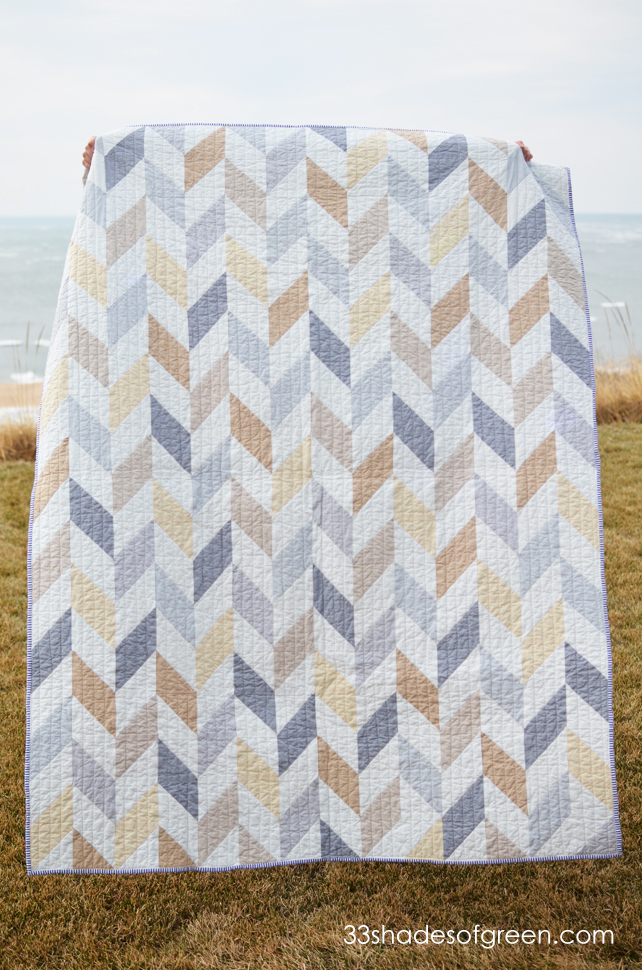 My sister's birthday is the first week of January, and sometimes it's hard to come up with gift ideas for her since it's so close to Christmas.  This year I decided a handmade gift would be best and made her a quilt.  I sort of hinted that I might make her one so that I could get some idea of what she was interested in.  She wanted it to be made of neutral colors and she also said she wanted her monogram on it (great idea, Sister!).  So, this is what I came up with.  I ended up using solids in a mix of warm and cool tones which I thought would fit in anywhere. 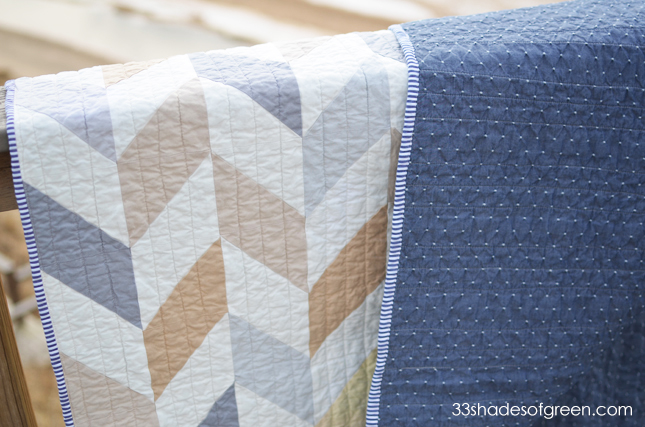 I found a super soft chambray-like cotton for the backing that has small white pin-dots.  I thought it made the perfect compliment to the front of the quilt.  For the binding I found a small scale navy and blue stripe.  I think it ties everything together perfectly. 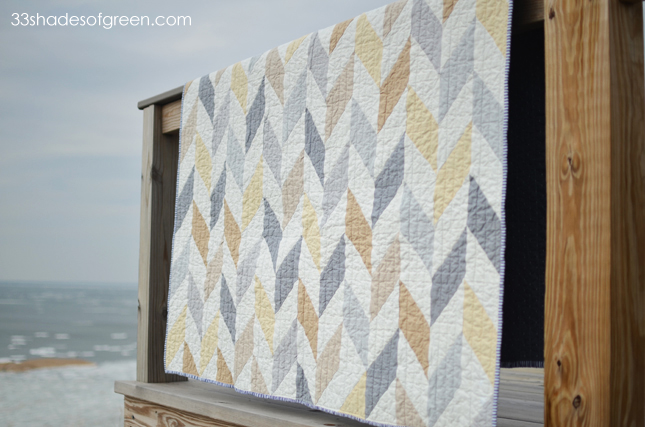 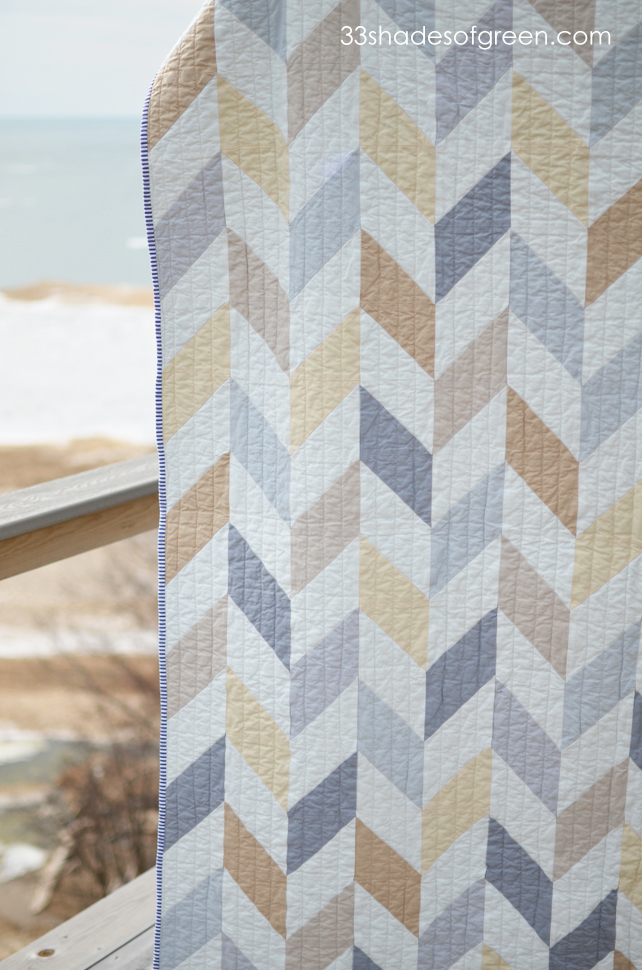 To make the quilt I used half square triangles (referred to as HST).  There are lots of different ways to make HST's, but I used the Magic Eight Method and was really happy with the results.

I did not have a pattern for this quilt, just started with 12" squares and kept making them until I had enough for the quilt to be the size I wanted. 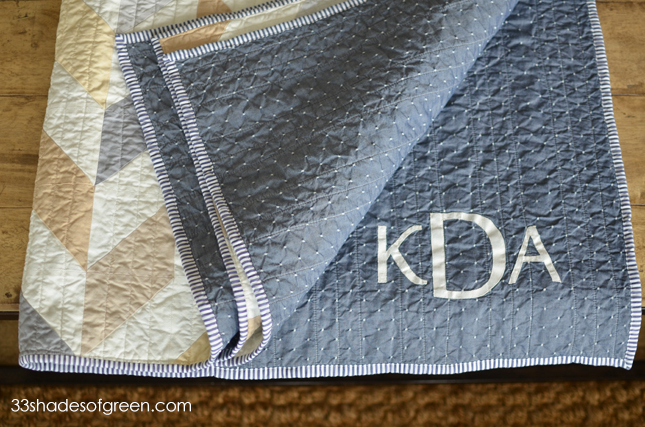 Making the monogram was easy - I found a font that would be simple to embroider and printed the letters out, adhered fusible webbing to my fabric, traced the letters, cut the  letters out and ironed on to my backing fabric.  Then I embroidered using a zig-zag stitch around all the edges of the letters. 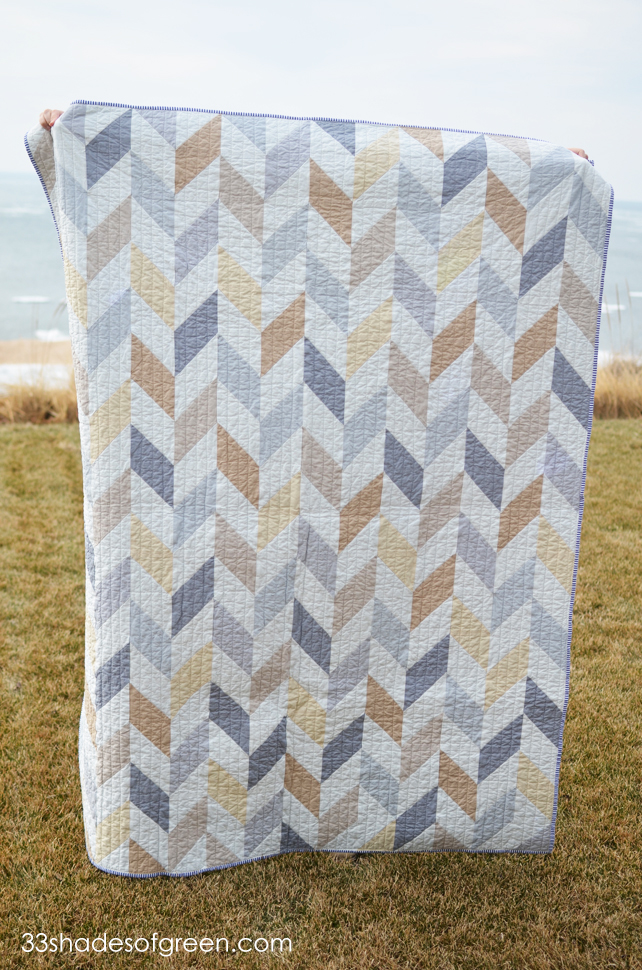 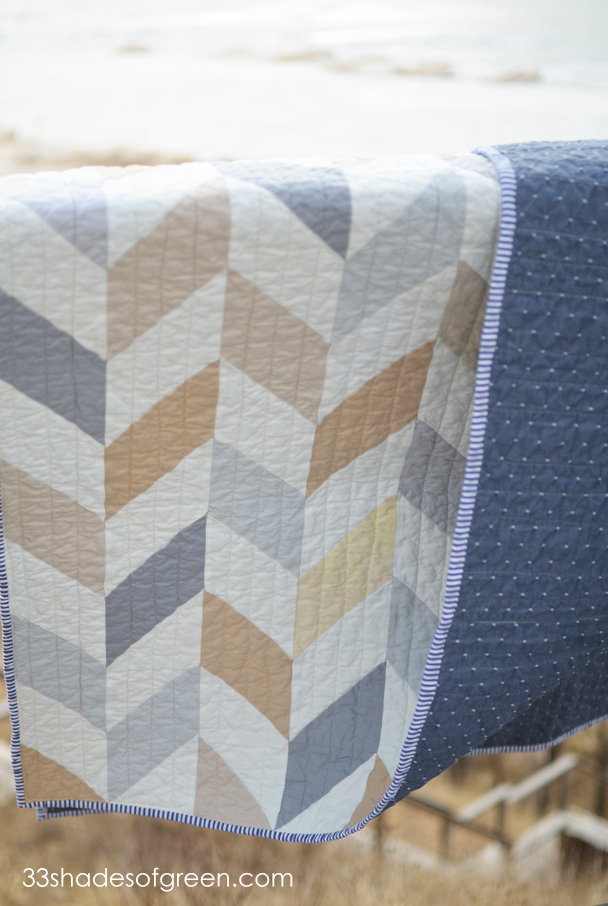 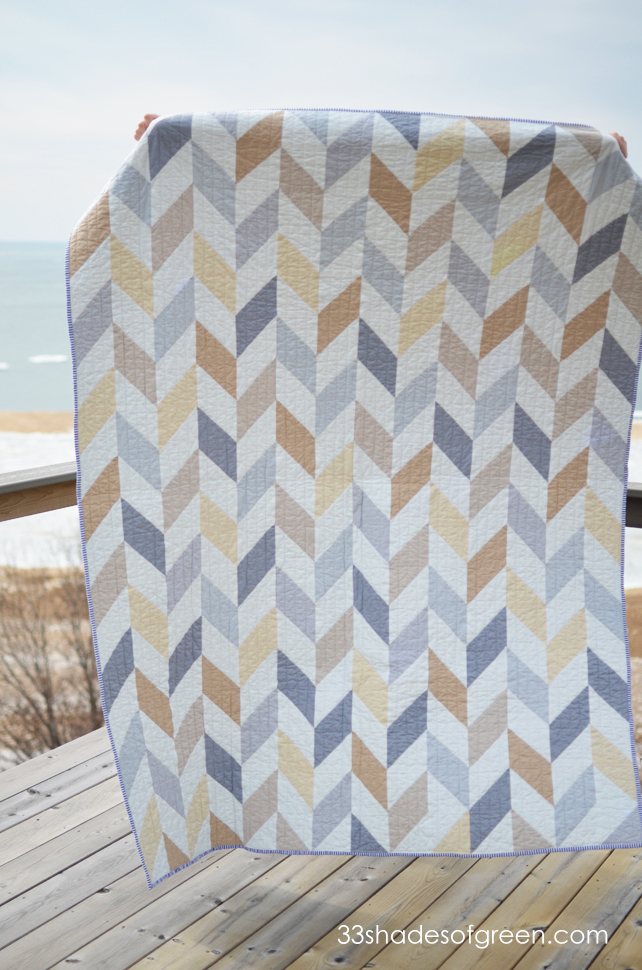 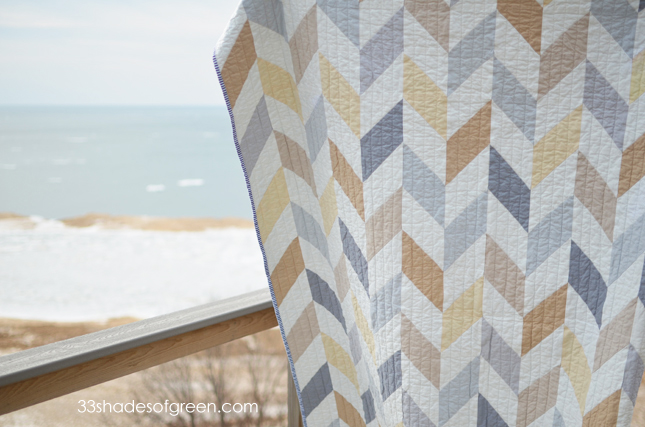 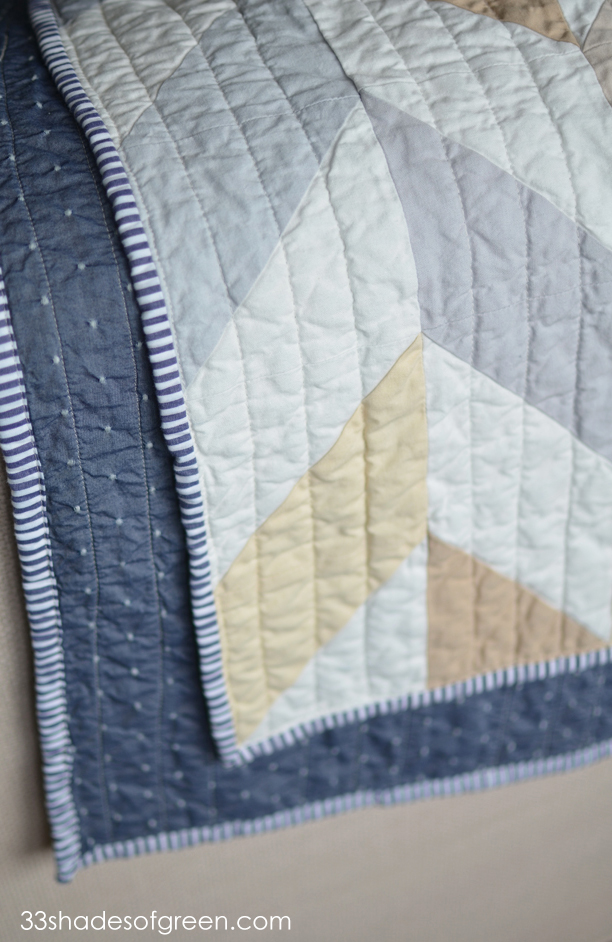 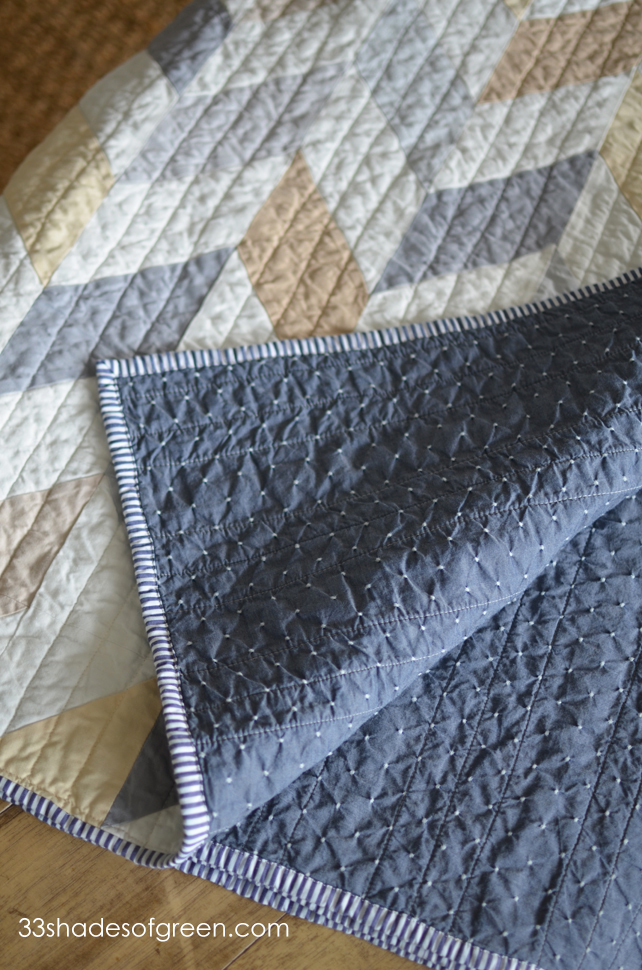 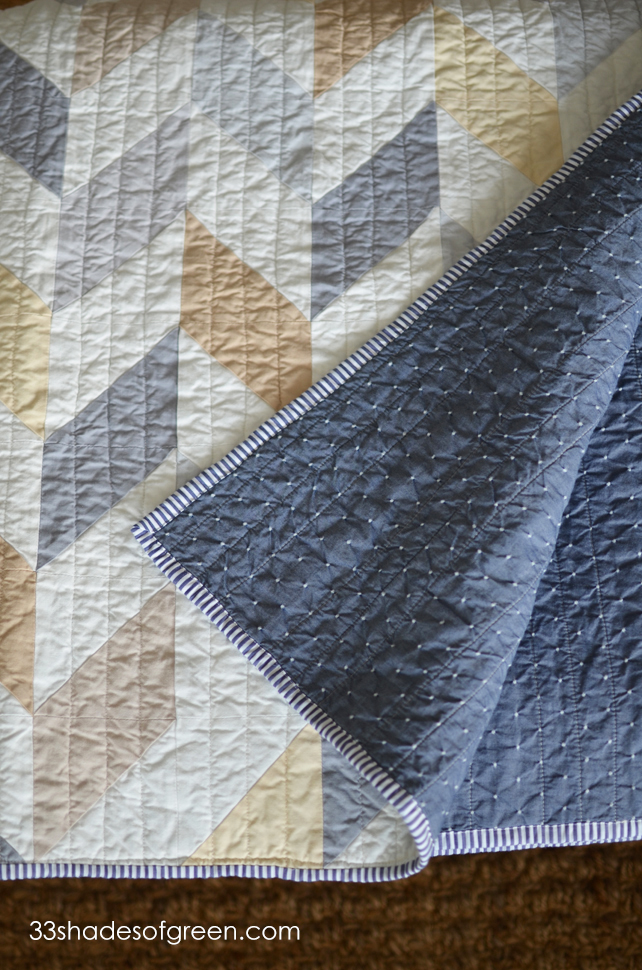 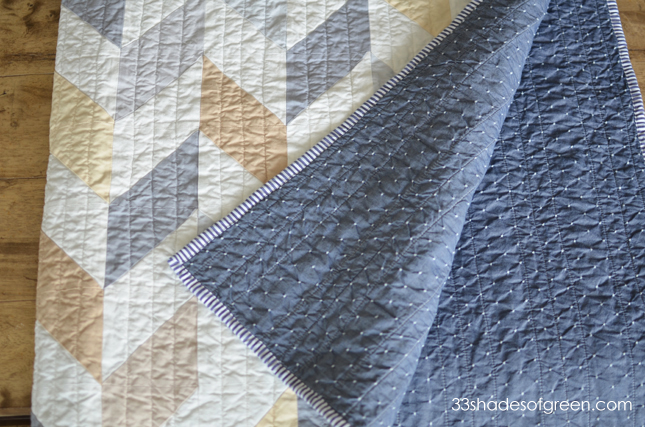 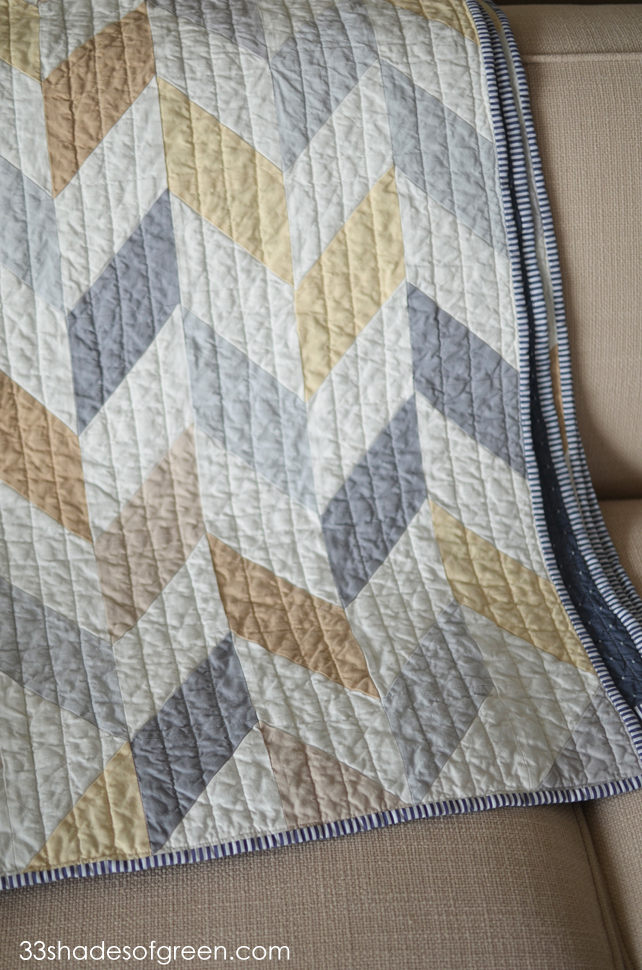 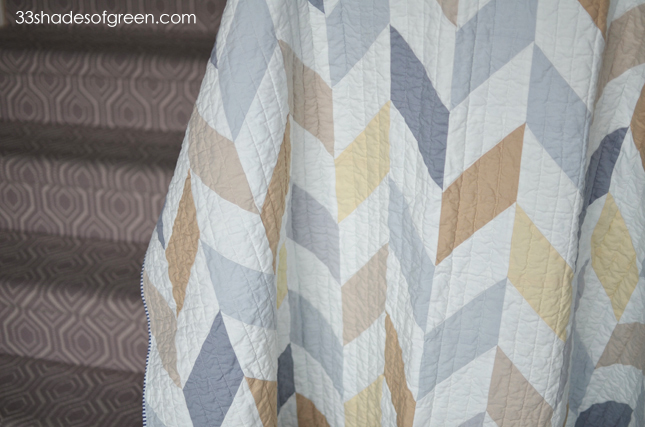 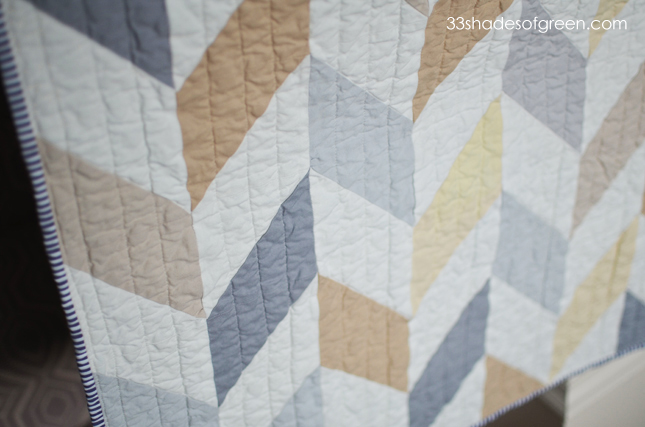 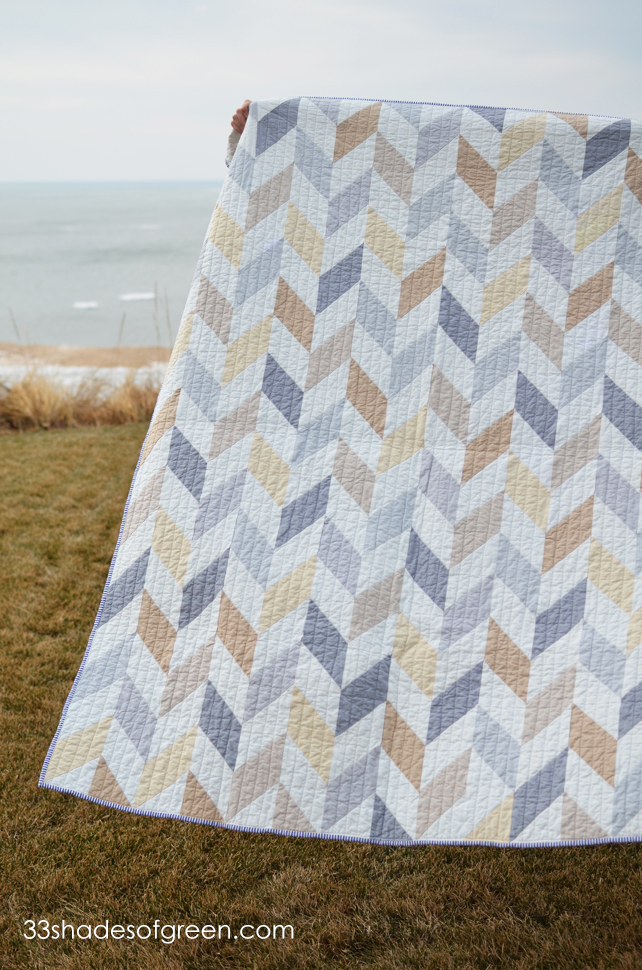 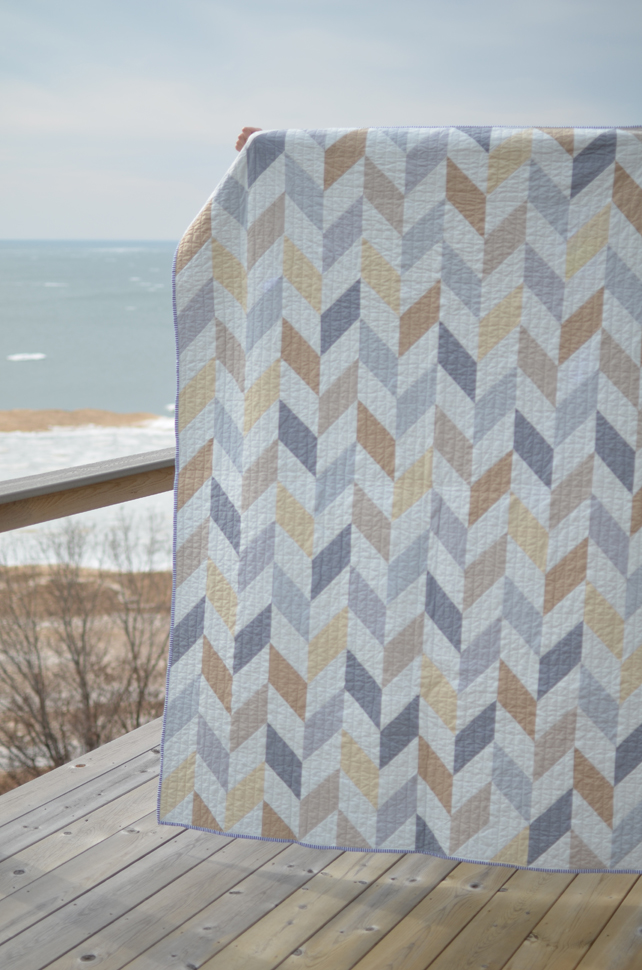